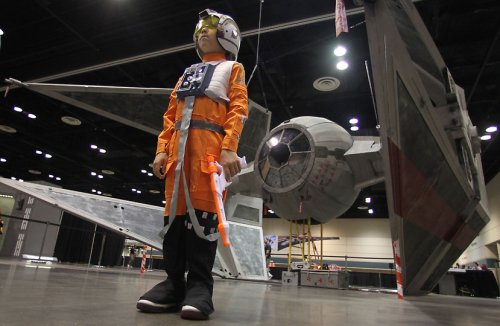 We’ve seen plenty of Star Wars ship replicas, but this one is by far the best and the biggest. This life-size TIE Interceptor was shown off on the floor at Star Wars Celebration V in Orlando.

The detail is amazing. Those Imperial builders know what they are doing. By the way that’s a lucky 7 year old dressed up as an X-Wing pilot. Hopefully his X-Wing wasn’t killed by that TIE Interceptor. But if it was, looks like he still has a ride home.