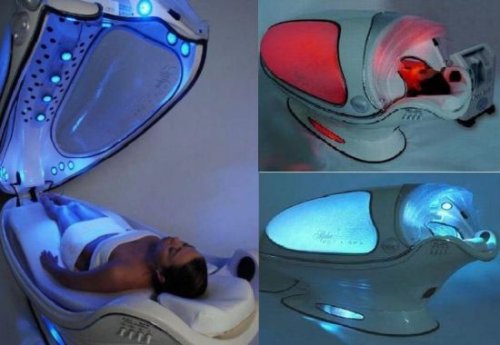 I can only assume that the women inside eat their way out once they transform into some sort of alien face hugger. Where’s Ripley when you need her? Despite it’s otherworldly looks, spas have now begun using LEDs as an effective tool in spa capsules. The Med Spa Clinic at Tunbridge Wells are claiming the world’s first usage of LEDs in a whole capsule. I’m claiming them the creepiest.

The Oxy-LED Light Spa Capsule will treat your entire body, helping you lose weight. You’ll be hit with LED light in wavelengths ranging from 625 to 980 nm, which will cause some sort of intense physical stimulation. The treatment can be combined with other spa treatments, like the more traditional dry thermal heat and vibratory massages.