Posted in Humor by Conner Flynn on February 10th, 2009

See more funny videos and funny pictures at CollegeHumor.
You can’t make this stuff up. It doesn’t speak very highly of Microsoft’s Zune, when this thief takes everything on the desk, spots the Zune, unplugs the earphones and takes them, then throws the Zune back onto the desk before leaving. Yeah, that’s not a ringing endorsement for the device. 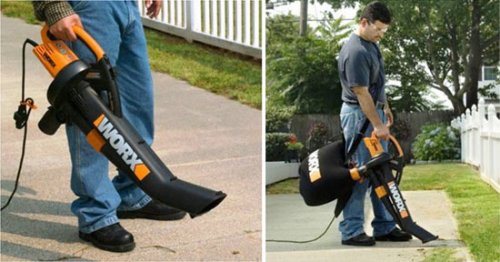 How many times have you seen landscapers just blowing leaves from one spot to another, not really accomplishing anything? Usually they just blow them on someone else’s property and they’ll go back and forth like that until fists eventually fly, or two grown men end up fighting in a pile of leaves. Not a pretty sight.

This tool will eliminate any and all hassles when it comes to leaf blowing/sucking/mulching and you won’t even need your rake. The TriVac blower, mulcher and vacuum by Worx promises to make the leaves leave with as little work as possible. It lets you switch between blowing and vacuuming on the fly and it weighs just eight pounds, allowing you to operate it with just one hand. It will mulch leaves as they are sucked up. This may be the final blow in the battle to rid our planet of dead leaves, which have an annual failed invasion force once a year.