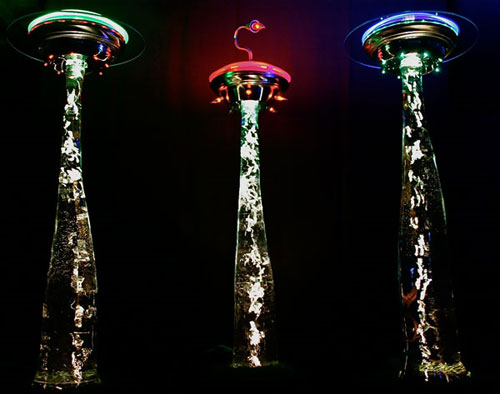 We have seen UFO abduction lamps before that are made by some company overseas. That cartoonish store bought lamp has nothing on these DIY offerings that Jason Dietz made on his own.

I am going to say these are the most awesome lamps in the history of lights. They stand 5’5″ tall and are made from some sort of recycled glass tube. The other parts in the build are light diffusers, LEDs, halogen lights, CFLs, and acrylic rings. 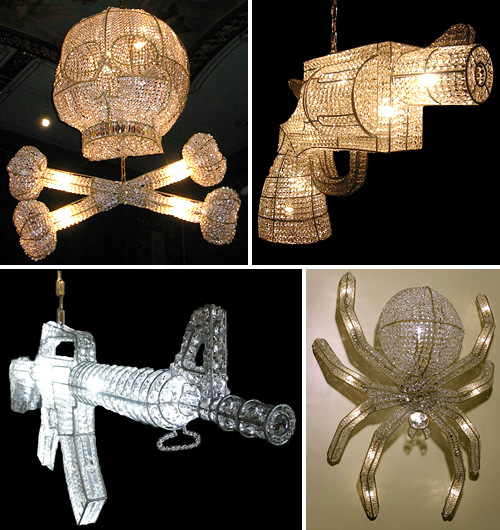 Looking for something huge, shiny and just oozing with that kinda classiness that can only come from things you saw on MTV’s cribs? I think I found it for ya. Nothing says class like giant chandeliers shaped like a handgun, AK-47, Skull and cross-bones and even a giant spider.

These are the handiwork of a company called Rock and Royal from The Netherlands. They’ve been creating custom chandeliers for people with too much money since 2005. Since the work is all custom, you’ll have to contact them directly for any pricing you want to know about. What are you still doing here? Go check them out. These go hand in hand with your gold teeth and chest bling. 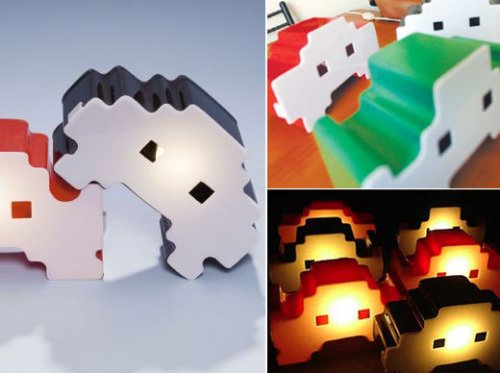 I never expected that the Space Invaders would go all Politically Correct, but hell everyone else has. Probably the head Invader realized that for like almost forty years now, the invasion hasn’t exactly been working,(Merchandise aside) so they needed a new image. Invaders sounds so cold, no one likes an invasion. Intruderz is pretty much the same, but less formal, not as cold and ruthless. But the truth is I don’t think Taito knows about it. shhhhh.

I’m not telling them either, because I love these little guys. They retail for about $48 or so, and they are the perfect gift for any gamer who grew up watching these guys when they still invaded. 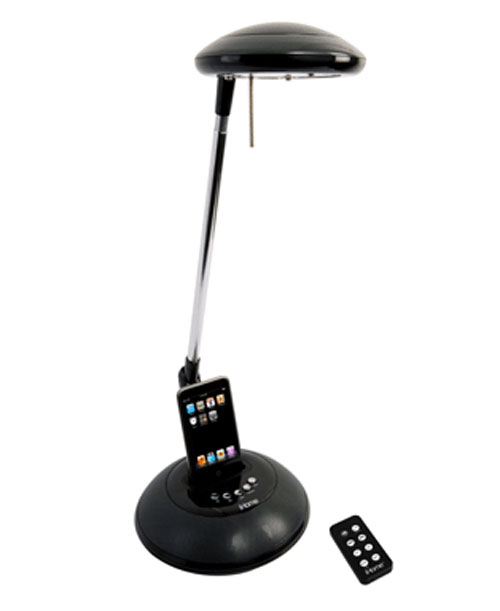 Everywhere you look the proof of how successful the Apple iPod is abounds. It seems like everything is getting its own docking slot for an iPod. We have iPod clocks, iPod toilets, iPod stereos and the list goes on. 1000 years from now when researchers look back on this decade they will think we all needed help getting a woody and everyone needed a place to dock their iPod.

Naturally a new iPod docking device has turned up, this time in the form of a lamp. A company called Checkolite has a new iPod compatible, docking lamp for your desk. There are three lamp models that are available in black or white colors. 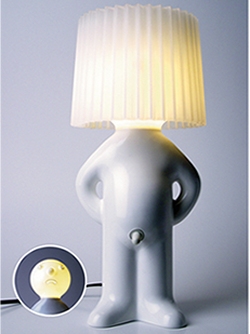 The little Mr P lamp has a bulb inside which lights up his head enough to illuminate your desk. It also comes with a directional lampshade to cut down on the glare which should immediately bring your attention to a small but noticeable protrusion on the front of Mr P. Regardless of what you might think this is for, it is actually the light switch and by flicking it you turn Mr P on, or the light inside him anyway. You might find Mr P and his winky cute but to get this setup you’ll need to shell out just under $100 for this 14-inch tall guy. 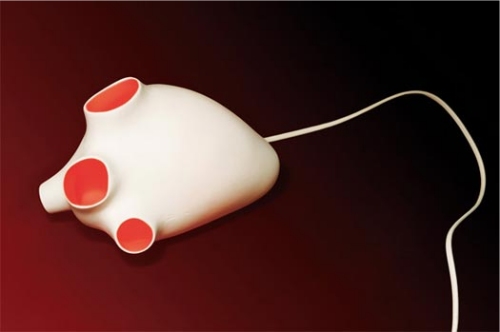 This Heart Lamp design by Lígia Carteiro is not the heart shape we would normally expect to see, but uses a more realistic and a little less appealing likeness of the human heart. According to Carteiro, the lamp was inspired by the proverb “cold hand, warm heart” and the lamp is warm to the touch due to a 15w light bulb. It doesn’t look like it would do a great job as a lamp, however. By looking at it I think the concept would do just as well as a mouse, or a maybe a USB powered lamp? 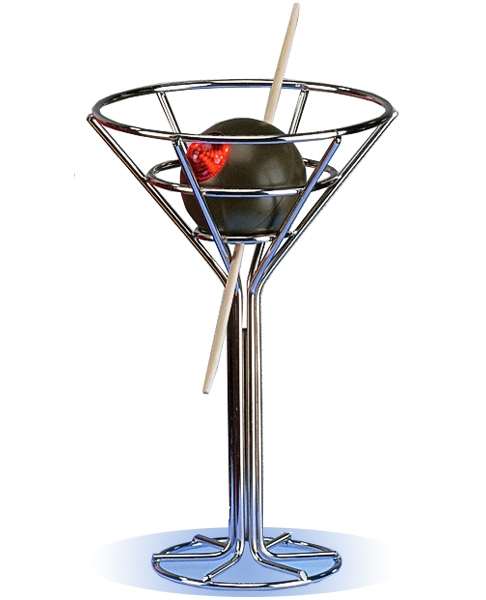 Add some James Bond like sophistication to your wet bar or desk with this Martini Lamp. The lamp is 10″ tall and built out of a nickel-plated frame shaped like a martini glass. Inside sits an oversized olive containing a red bulb as the pimento to create a subtle red glow. It runs off of a DC adapter or two AAA batteries and goes for $21.95. 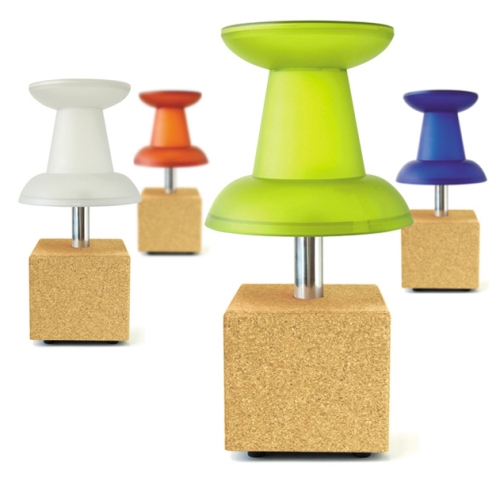 This desktop lamp / nightstand is designed to look like a “push-pin” tack stuck into a large square of cork. The lamp uses a standard bulb for light inside the push-pin shade and comes in colors of Lime, Marine-Blue, Mandarin, Matt-Clear. To turn the lamp on or off you simply “push” down on the top of the pin. The bottom portion can be used as an actual cork board tack notes to with regular sized push-pins. The Push-Pin lamp can adorn your own desk and comes fully assembled with bulb retails for around $50. 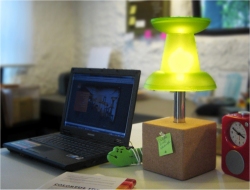