I am a big fan of shooters on PC; I typically prefer them to be of the first person variety. I have played some third person shooters and often times the controls are the weak link in third person titles. Konami has announced a new third person shooter is in development that could be the most realistic shooter ever produced.

The game is to be called Six Days in Fallujah and is based on historically accurate data from the battle for Fallujah during the Iraq war. The battle for Fallujah was the largest urban battle in 40 years. Konami says that to develop the game 32 US Marines were involved and the development team used battle plans, after action reports, photos, videos, and satellite maps of the area to add unmatched realism. 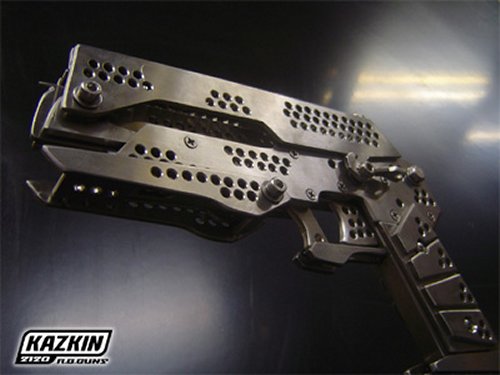 Check out this amazingly awesome rubber band gun based on the Konami PlayStation3 videogame Metal Gear Solid 4: Guns of the Patriots. The gun is of course made out of stainless steel and even includes a “precision laser pointer” to make sure you hit your target. The gun was designed by a Japanese fan who had a lot of time on his hands, rubber bands and mad skills with stainless steel. Is this heavy gun not a thing of beauty? Check out the video below to see it in action. 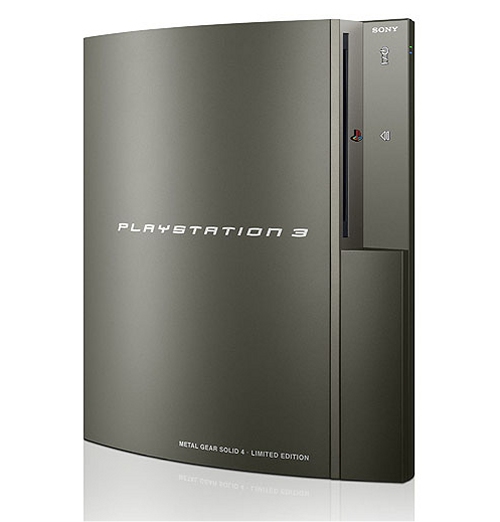 Kotaku has gotten their hands on some real pictures of the new PS3 coming to Japan along with the upcoming Metal Gear Solid 4 launch. The PS3 is steel colored which seems like an appropriate choice given the game that it will come bundled with in June. The console will have “Metal Gear Solid 4 Limited Edition” written on the case with the new color and comes packaged with the game and a matching steel DualShock 3 controller pictured after the jump.