Posted in iPad accessories by Conner Flynn on December 8th, 2010

Speck has unveiled some new cases for your iPad or Kindle 3. Both are called DustJacket and come in red and black colors. These cases are made of fake leather and are designed to prop up the devices so you can read or watch video easily.

The DustJacket for the iPad opens like a book and has a protective cover that folds back and the screen can be propped at various angles. There’s also a micro-fiber interior to prevent scratches. The iPad case is $49.95. 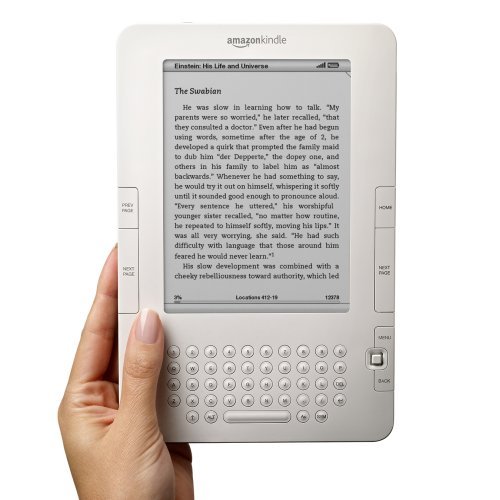 The Kindle has been a huge success. With that success, some copycats have emerged. Some of those plan to have a larger screen. So, to keep up, Amazon is planning to develop another Kindle according to the WSJ. Supposedly this comes from people who have seen a version of the device. This one would have “a larger screen”.

The idea is that the bigger screen would make it easier for newspaper companies to easily transition their content to a large form e-reader. No comment from Amazon which is not surprising. What’s surprising is that the report gives the device at least a chance of debuting before the 2009 holiday season.