Posted in Microsoft by Conner Flynn on July 1st, 2010 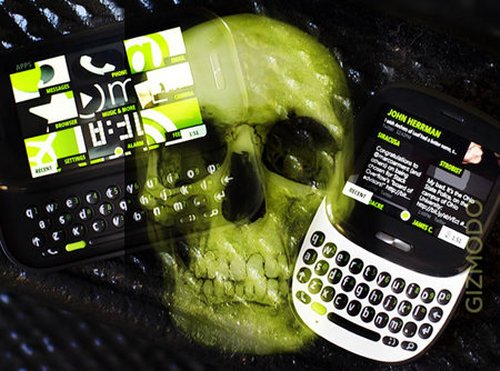 The Microsoft Kin is now dead just six short weeks after the launch. The Kin range has been officially dropped. Apparently the handsets had staggeringly low sales figures. One rumor claimed that only 500 Kins had been sold.

Pricing was also likely an issue as Verizon positioned it with smartphone-like pricing. Microsoft’s official statement simply said that their Kin team would be integrated into the Windows Mobile 7 team and that they were not going to ship the KIN range in Europe.

We’ve been hearing rumors of a software update for Microsoft’s Kin One and Kin Two phones. And it looks like the phones will be getting one soon. We aren’t sure if it will include the rumored IM improvements, but a Kin support moderator has confirmed on the Microsoft Answers forum that an update is scheduled for “mid-summer,”.

The update will address many of the concerns laid out in the post that prompted the response. Those complaints included battery issues, improvements to the Twitter client, and YouTube support. Apparently the Facebook app will also be updated to let users view more than three pictures at a time.

END_OF_DOCUMENT_TOKEN_TO_BE_REPLACED
Permalink | Comments |
Posted in Mobile Phones by Conner Flynn on May 5th, 2010

Well, if you’ve been waiting for your kin and are willing to part with $30 a month in data charges, Verizon will be selling the Kin One and Kin Two online as soon as tomorrow, May 6, for $49.99 and $99.99 respectively. That’s with a two-year contract.

Keep in mind that you’ll be paying $100 more upfront while you wait for your rebate to be mailed to you. But if you want to wait and get to know the devices first, you’ll be able to get both in Verizon retail locations starting on the 13th.

Remember Microsoft Pink? It’s just been unveiled as a pair of handsets from Sharp called the Kin One and Kin Two. The devices are mostly based on Windows Phone 7, but they offer a totally different experience.

The entire user interface is custom to Kin and has a heavier social media slant, a custom browser and what’s this?, no support for third-party apps. The displays support multitouch with no support for in-browser Flash or Silverlight.