Posted in movies by Conner Flynn on December 14th, 2010 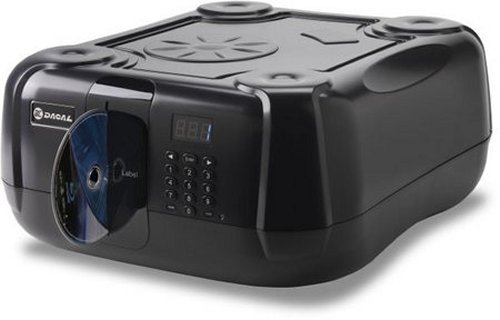 Do you have 100 Blu-Ray discs in your collection? If so, then check this out. Kaleidescape has announced the launch of the first Blu-ray movie server. The Kaleidescape System stores copies of your Blu-ray Discs on its hard drives and can rip, store, and stream copies of Blu-ray movies throughout your home. However, there are some restrictions. Each disc vault has to be connected to an individual player, and the discs have to remain in the vault for the player to stream their ripped copies over the network.

You’ll get high resolution cover art combined with a brief synopsis of each film and other details, to easily explore your collection of movies. Video bookmarks and triggers allow the system to start a movie instantly and automatically adjust lighting, curtains and screen masking. With over 145,000 titles, Kaleidescape’s Movie Guide is the largest database of its kind to date. 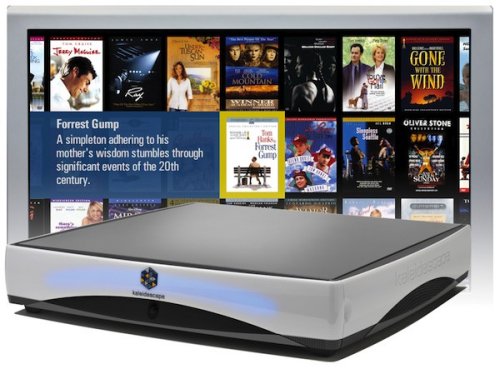 Kaleidescape’s Cinema One is the company’s most affordable movie server to date, but still costs $4,999. It can store up to 225 DVDs or 2,500 CDs for instant access and sports some kid-friendly features, like an included junior remote in addition to the standard version, which triggers a simplified system UI.

Support for toddlers is nice, but there’s no Blu-ray support or Netflix streaming for that price. At least rich kids can feel important with their junior remote as they navigate this $4,999 box and watch some Spongebob.

END_OF_DOCUMENT_TOKEN_TO_BE_REPLACED
Permalink | Comments |
Posted in Media Players by Conner Flynn on May 11th, 2010 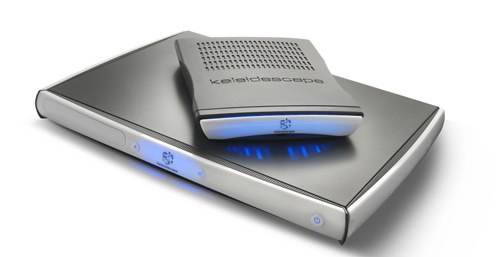 Kaleidescape, the multi-room home movie server has optimized its UI and added Blu-ray support with the M500 and M300 players. Kaleidescape’s new M500 player works just like the old versions: Just load a disc—CD, DVD, or now Blu-ray and the player copies it onto a home server. Pretty straightforward.

But movie studios wrote a provision in the Blu-ray licensing agreement requiring the disc to be physically present whenever a copy of the movie is played. So, if you want to watch a copy of a Blu-ray movie on an M500, or one of the satellite M300 players, the disc must be present in an M500 somewhere on your network.

Kaleidescape is adding some new DVD players to its line up the company says rival Blu-ray in viewing experience. These players are known as the 1080p Player and 1080p Mini Player.

The 1080p Player, said Kaleidescape, is designed as a 1U rack mount device, and includes a DVD/CD-ROM drive for import and direct playback of DVDs and CDs. The 1080p Mini Player offers the video and audio performance of the 1080p Player, in a smaller package. The company says the players adapt video processing to the type of content currently being played, resulting in what is supposedly a more custom viewing experience.