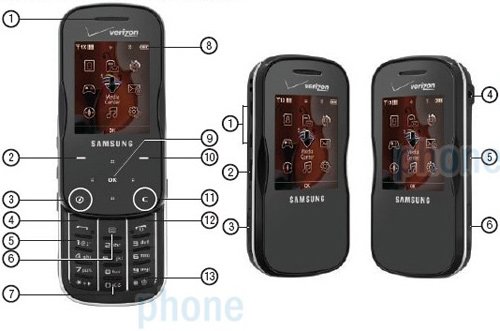 The folks over at Samsung have been busy. The new Samsung SCH-U490, aka the Samsung Trance will soon be unveiled. The phone features touch and context sensitive keys for navigation and media playback, microSDHC expansion slot, a 3.5mm headphone jack, 1.3 megapixel camera with video recorder, speakerphone, and 1GB of internal memory.

The bulkier but more feature-packed replacement for the Juke will sport Bang & Olufsen speakers, 128MB dedicated for apps, and microSD expansion up to 16GB. The Samsung Trance will be heading for Verizon as under the name Samsung Trance in the second quarter of 2009.