Posted in Controllers by Conner Flynn on October 11th, 2009 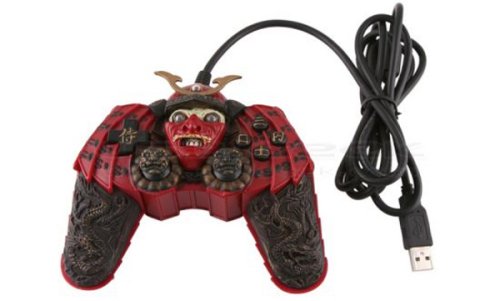 Your current game controller is probably a little boring. Why not spice things up with this Warrior USB Joypad? Channel your inner warrior and use his power to conquer your foes, while trying to forget how uncomfortable this thing is.

The warriors eyes light up and it will vibrate with compatible games. It’s compatible with USB, PlayStation PS3 and PS2. To me, this thing looks like a bat with a Samurai head. I think they may have created a new superhero. 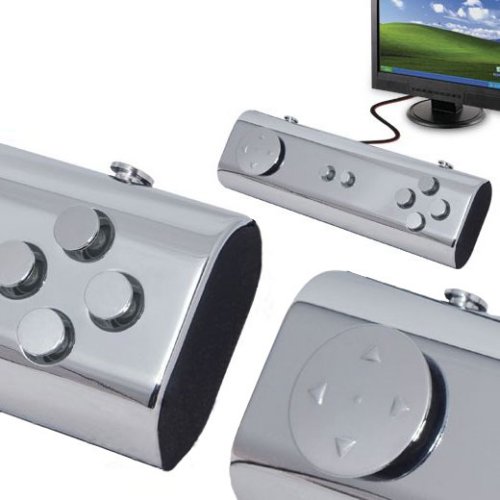 It’s odd but for some reason no one has made a chrome joypad until now. This isn’t just cheap plastic pretending to be chrome either, it’s made from metal. Some of the benefits of a chrome joypad include, but are not limited to: Checking your appearance and seeing if someone else has been using it because the left oily fingerprints behind.

It’s from China’s Dream Cheeky, who are no stranger to USB gadgets and gizmos. The controller sports an 8-way directional pad, four game buttons, start/select buttons and shoulder triggers. The back of the controller has a rubber covering, so you can get a good grip. Not sure if it’s Mac compatible, but it plugs into the USB port on any PC. No word on pricing yet.