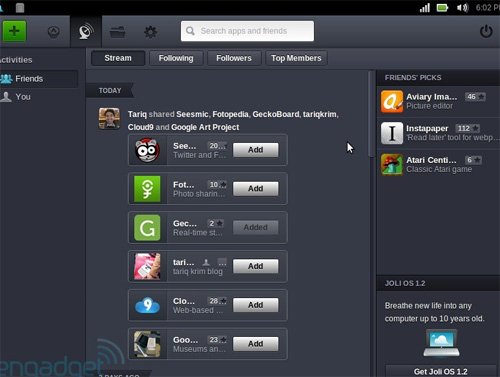 The OS has a large social component, letting users follow other Joli OS users and see their apps. Aside from that, the interface has also been refreshed, and Dropbox is integrated to allow file sharing between Joli OS devices. There’s also an HTML 5-based Chrome web app that doesn’t require you to download any software, just log in. 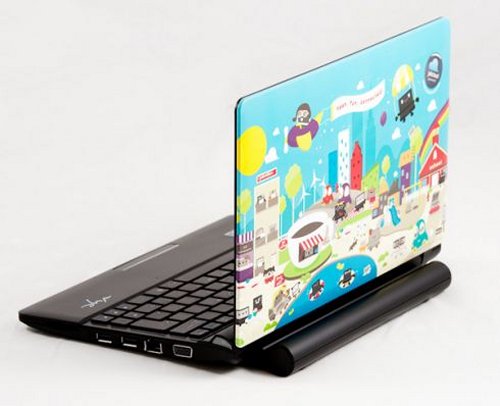 We know that Jolicloud will be introducing its own netbook, the Jolibook, soon, and word is that those in the UK will be getting theirs this Friday, with a launch in other countries after that. Don’t expect the Jolibook to wow you with awesome specs, though.

There’s an Intel Atom N550 1.5GHz dual core processor, a 250GB hard drive and the Jolicloud Linux-based operating system, specially optimized to run on netbooks. The Jolibook may make a name for itself in educational institutions in the UK since Jolicloud is currently talking to education suppliers over there. 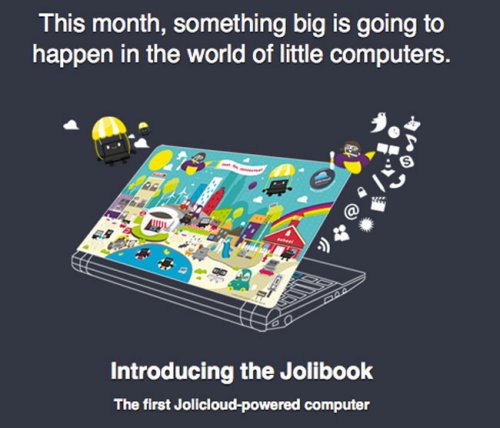 You might remember the Jolicloud operating system, which is Linux based and was intended to run on low-power netbook computers. The Jolicloud company has announced that this month they will launch their own netbook that uses the OS.

It will be called the Jolibook. We still don’t have a price or many hardware details. The few specs we do know about include a 10.1-inch screen and it will run the Jolicloud 1.1 operating system and use an Intel Atom N550 CPU and have a 250GB HDD. 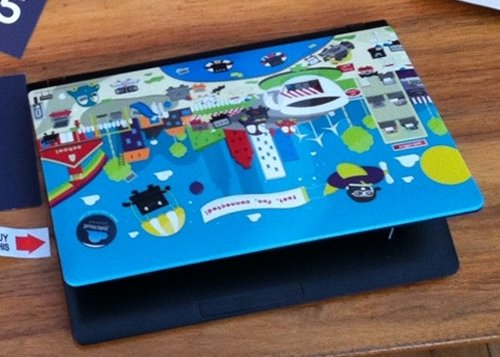 Jolicloud founder Tariq Krim has divulged a little secret. The news is that the company will be launching a netbook branded with the Jolicloud name. Of course it will most likely be running on the company’s custom Linux operating system.

We have nothing on the actual netbook yet, so we will have to wait for more details on it’s specifications, pricing and availability. We can tell you that Jolicloud’s user interface is coded in HTML5 and your settings will be saved to the cloud, letting you to log in and do your thing from almost any computer. Sounds good. 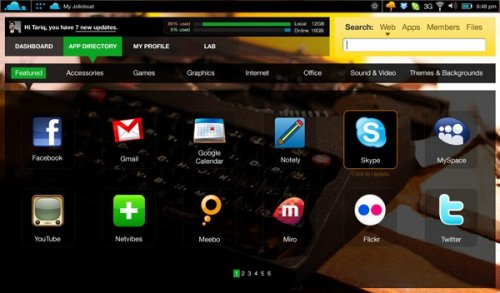 Check out that pic. This is an OS that could find it’s way onto your netbook very soon. Tariq Krim created this Jolicloud operating system, which is an OS designed specifically for netbooks. As we all know, netbooks are fitted with underpowered CPUs and not nearly enough RAM. That calls for a new kind of OS that will make things easier under those conditions.

Jolicloud is basically a modified version of Linux that will give you faster boot times compared to other Operating Systems, and as you might expect from the pic, it seems to be all about icon-based navigation. There isn’t a ton of info at the moment, but it looks promising.