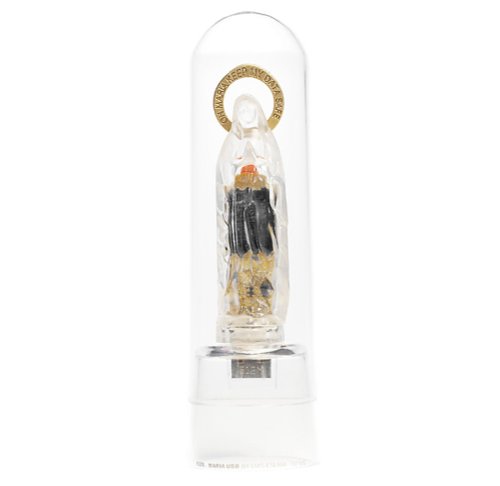 People see the Virgin Mary on/in everything from toast to oil slicks, to potato chips shaped like the Virgin Mary. Well, now you can see her all you like on this Virgin Mary flash drive. Every bit of data that goes on this drive does so not via the USB connection, but through immaculate data conception.

Hey, it’s Mother’s Day, so why not celebrate Jesus’s Mom in flash drive form. She’s safely encased in plexiglass to protect her while she watches over your data. 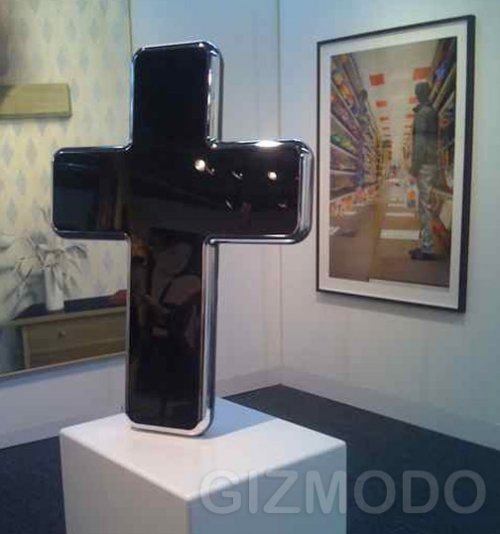 Way back in the day, when Andy Warhol claimed to have a direct line to god, no one was buying it. Probably because his crappy phone was just a generic phone. Had he had this phone, people would have been convinced. Looks like constantly referring to the iPhone as the JesusPhone actually turned it into one.

This piece was shown at the PULSE contemporary art fair in NYC this weekend. Details are scarce, like whether or not anyone actually talked to the almighty. According to a tipster, it was exhibited near works by Eckhart Hahn, but they are unsure if it was actually by him.