Posted in SanDisk by Reuben Drake on June 1st, 2011 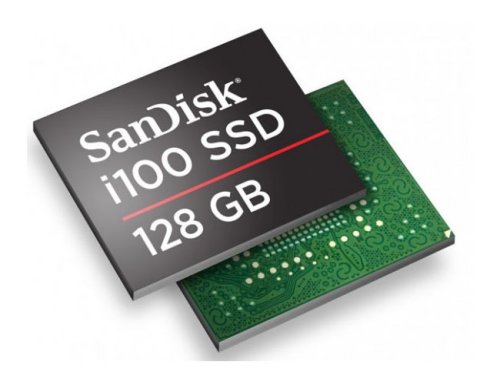 SanDisk, at Computex 2011, has unveiled some new storage devices: the SSD U100 And iSSD i100. The SanDisk i100 is the world’s smallest and fastest 128GB SATA III BGA-based SSD and is designed for use in ultra thin notebooks and tablet devices.

SanDisk U100 SSD and i100 iSSD’s unique architecture allows OEMs to manage the power consumption with their devices while providing increased storage and performance. The SanDisk i100 has 128GB of storage and is capable of up to 450MB/s sequential read speed and up to 160GB/s sequential write speeds.