Posted in Hacks,iPhone,News by Reuben Drake on October 14th, 2007 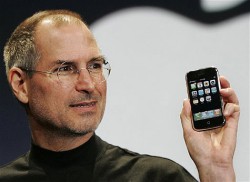 For those who have iPhones unlocked by third party software hacks and were foiled by Apple’s 1.1.1 firmware release, it looks like the game is back on. SimFree version 1.6, from the same company that created the original hack to unlock Apple’s iPhone outside of the exclusive and required AT&T service plan, is a new countermeasure hack that gets around the new firmware update and will once again unlock those iPhones “bricked” by the 1.1.1 update.

According to iphoneSimFree, this new iPhone “jailbreak” will let anyone who has rightly been a little leery to update after Apple’s warning to safely go ahead and apply the 1.1.1 update and SimFree will keep the phone usable, at least until Apple comes out with another update. 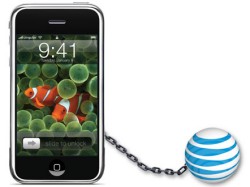 Apple released the expected version 1.1.1 update to the iPhone firmware today with fixes for some critical bugs and the additions to support the iTunes Wi-Fi Music Store. But what makes this release such big news are the less-known things in the update that threaten to brick unauthorized, unlocked iPhones.

Prior to the update Apple put out a warning to those with unlocked iPhones which basically stated that the next firmware update may render these unlocked phones useless, and the result is not covered by the warranty. With the new firmware update iPhone owners were presented on screen with the same message before installing the update: