Posted in Concepts by Conner Flynn on June 7th, 2008 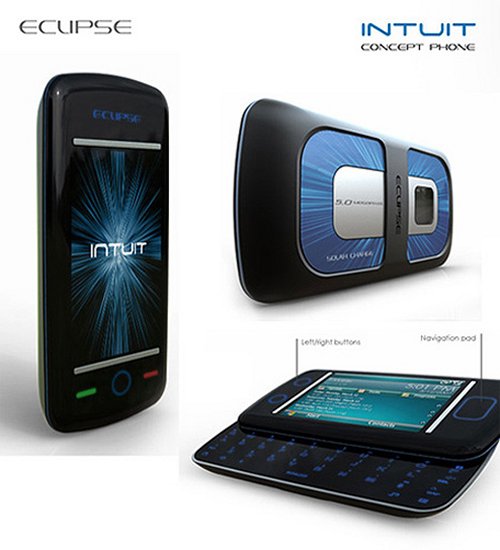 Here’s another great concept phone. Aside from being a slider, the Intuit is a new approach as far as design. It takes after the iPhone as far as having a touch screen and even has a second screen for user input. It also sports a 5 megapixel camera with built in editing software, a touch keypad with tactile feedback, and even a chemical-based solar skin that will charge the battery when exposed to the sun’s rays. I don’t know about you, but I was taught to never leave my phone in the hot sun. Anyway, it certainly looks pleasing. Is it intuitive or not? Hell if I know. If it ever gets released, I guess we’ll find out.