Posted in Browsers by Conner Flynn on September 15th, 2010 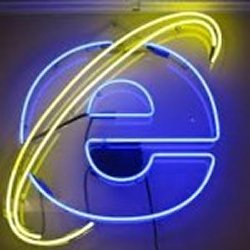 Internet Explorer’s global browser market share has declined year after year, moving away from its 90% figure back in 2003. Microsoft hopes to gain some ground with its Internet Explorer 9 beta announcement. Maybe they can reclaim some numbers from Google Chrome and Firefox.

Faster than IE8, IE9 will also be more compliant with HTML5, CSS3 and SVG2 standards. Microsoft is pinning all of their hopes on IE9 being the only browser to take advantage of full hardware acceleration when you surf the Internet. However, Mozilla disputes that claim, saying that they are faster and first. Hopefully this isn’t a case of too little too late for the big M. 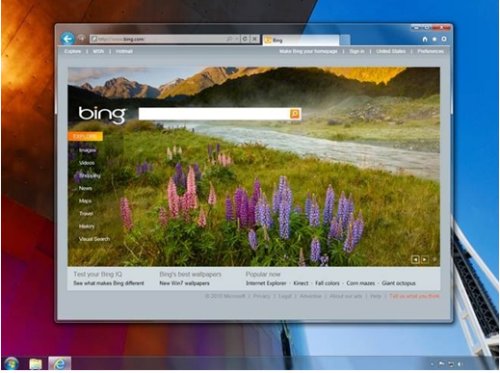 This could be the interface of the upcoming Microsoft Internet Explorer 9 (IE9).It could be since Microsoft is having a beta launch event in San Francisco on September 15. So it could be the real deal. The screen shot seen shows a navigation bar with less controls, though you will still have a back button and a URL/ search box at the top.

Whatever is going on, IE9 is on its way, and the final release could get some users back in Microsoft’s camp, which is great news for them since they have lost so many. 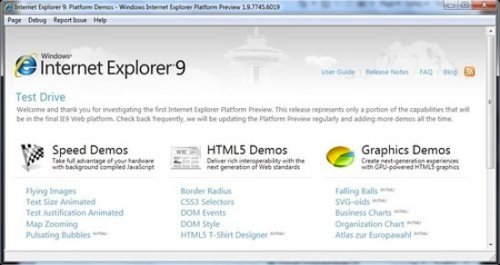 If you love Microsoft’s browser, here’s some good news. The next version of Internet Explorer adds a bunch of features. Internet Explorer 9 will add support for HTML5, which is one of the new standards on the net, and allow the browser to run more complicated video and graphics.

IE9 is also getting hardware acceleration, allowing more resources to work with for a speedier browser. There’s also a new JavaScript engine which will make sitesl more responsive.