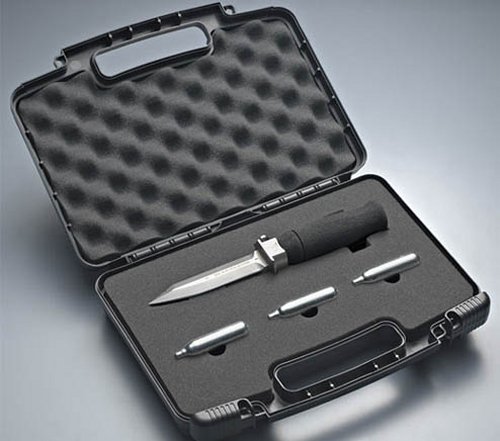 Some things are just plain wrong and twisted. Like this knife. As soon as this WASP knife stabs you, it injects frozen gas into your guts that will expand and blow you up from the inside. It was originally designed to help hunters neutralize huge animals quickly, but it now turns out that humans could potentially be the animals neutralized.

British police are said to be on the lookout for this knife even though the website states that “the company does not condone killing of innocent creatures”. I think the moral of the story is this: If you see a knife run…If you see a knife with buttons, run like hell.