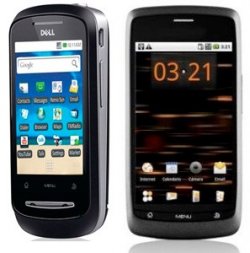 Windows Phone 7 isn’t for everyone. Maybe Android is your flavor. If you live in India, Dell has just introduced a pair of new Android phones designed specifically to be sold without a carrier subsidy. The XCD28 sports a 2.8-inch display, a 3.2 megapixel cam, 200MB of internal storage expandable with up to 16GB via microSD, and an FM radio; it sells for the equivalent of $247 without a contract.

The $382 XCD35 has a 3.5-inch capacitive display. Both devices have 3G support for India’s high-speed networks, WiFi, Bluetooth.

iDuple of India recently announced that they are working on an Internet tablet with just a single app. A Web browser. There’s no hard drive, so a fast boot up should be no problem. It will remotely connect to a server that runs a virtual operating system.

Of course you can still run apps and perform various tasks, but you will need to remain connected to the server at all times. Not great if you are traveling in places where internet connectivity isn’t so heavy. Still, it’s an interesting take on a tablet. 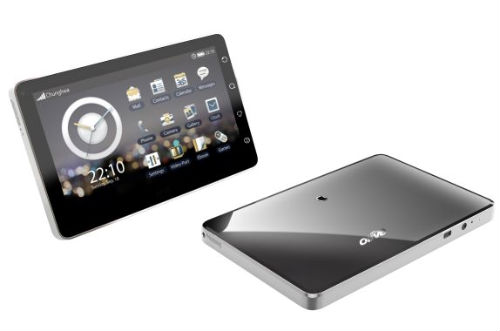 OlivePad isn’t something they crush olives on to make olive oil. It’s a new android tablet from Olive Telecom of India. The OlivePad VT100 is the first 3G Android-powered tablet to hit the market in that part of the world. It arrives there in August. 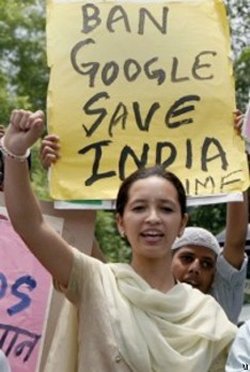 Odd as it seems, the Department of Telecom in India could ban BlackBerry devices, Skype and even Gmail services if those services won’t comply with the government’s request to ensure that data going through their networks will be made available to security agencies in a readable format. Good luck with that.

The powers that be in that part of the world have also decided to amend the IT laws, making it compulsory for foreign companies, as those that do not require a local license, to provide all the data required by Indian law enforcement agencies.

This oddly shaped device is yet another motion controller. We don’t have many details, but the HP Swing is being bundled with HP Pavilion desktop PCs in India (for about 29,990 Rupees, or $670).

The controller won’t be available separately, and looking at that design, we doubt it will be released in the states. And even if it was, you wouldn’t want it. It looks a bit like a gel insert with left and right buttons. 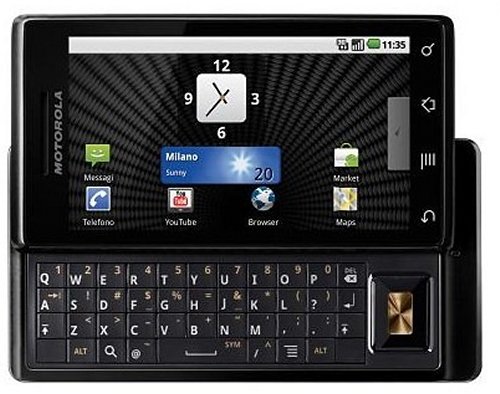 Good news for those living in India. The Motorola Milestone will be arriving in India this month on March 22nd. It will likely be pre-loaded with Android 2.1 just like the US version, which we know as the Verizon Droid.

The Milestone features a 3.7″ capacitive touchscreen display, slide-out QWERTY keyboard, a 5-megapixel autofocus camera with LED flash and lots of wireless options like HSDPA/HSUPA, Wi-Fi b/g and Bluetooth 2.0. Look for it to show up in Bollywood dance flicks sometime soon. 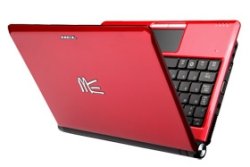 HCL of India has introduced yet another netbook onto the already bloated market, with their new model, the ME 06. This one is pretty much a typical netbook with an Atom N270 1.6GHz processor, 10.1″ display at 1,024 x 600 resolution, 1GB RAM, a 160GB hard drive and Windows XP Home Edition.

The interesting thing about this offering is that it features 3G connectivity and a SIM card slot. That way you don’t have to worry about a Wi-Fi network wherever you are. 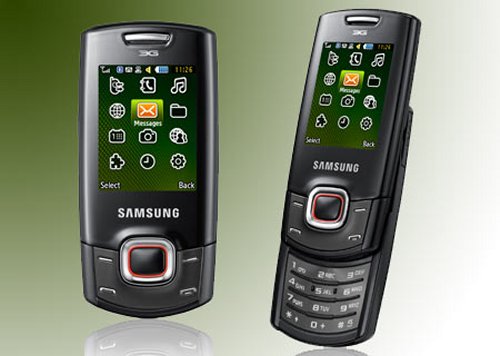 Samsung’s entry-level C5130 slider phone looks a little, uh, how should I say, “husky” in this pic. Well, despite it’s width, it has been launched in India for a mere 6200 INR (That’s $134 to you and me). It does have some useful features for an entry-level phone. 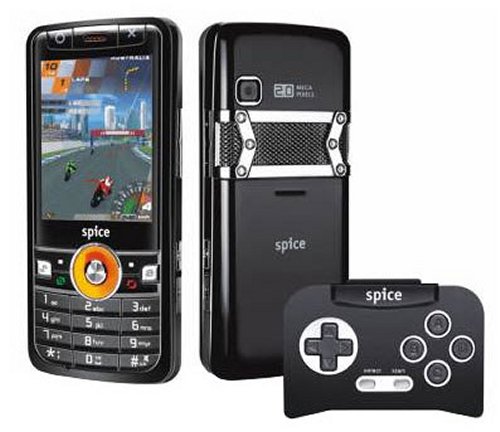 Spice Mobiles Limited unveiled their latest for the market in India. The Spice X-1 is a gamers mobile phone with a dedicated gaming console. The phone sports a big 2.4 inch screen, 2-GB expandable memory card, and comes packed with pre-loaded games and a gaming console. Just what games come with it, I have no idea, but look, a motorcycle.

You can also play games without the console using the dedicated gaming keys on the handset. That’s not all that you get. It also includes a 2 MP camera, Yamaha-amplified 3-D surround sound, FM radio with record and play feature and Bluetooth. It retails for $210.