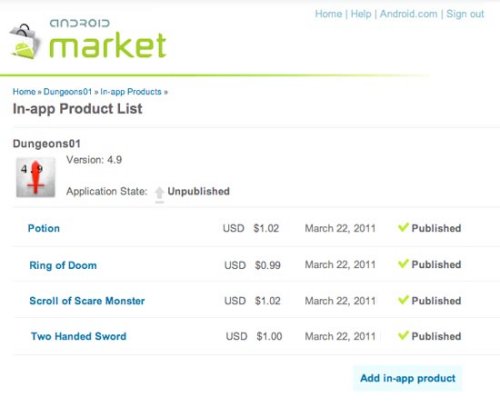 If you are an Android user, we have some good news. Google has announced that testing of Android’s in-app purchasing system has officially begun. A full roll out is planned for next week. Android devs can now add in-app products to their software that is currently available, set prices, and set up a test account to make sure that the entire process works smoothly for users next week.

Google had said that in-app purchases were coming last month, so devs have been waiting patiently. Are you going to take advantage of in-app purchases when it goes live? It should be a better way to upgrade apps.