Posted in Computer Components by Shane McGlaun on November 9th, 2009

According to research firm IDC, the global shipments of CPUs for Q3 2009 have grown at more than double the normal quarter to quarter rate. The latest figures are in and the global CPU market grew 23% for Q3 2009 compared to Q2 2009.

The most growth of any CPU segment was in the netbook CPU category where shipments grew 35.7% over the quarter. Desktop CPU shipments grew 11.4% and x86 server processors grew 12.2%. The global CPU market revenue was over $7.4 billion, a growth of 14% from the previous quarter.

The slow global economy is hurting the PC market. Demand for computers is up and what computers are selling are being sold at lower than traditional retail prices leading to reduced revenues for computer makers. Many consumers are also resorting to cheaper computers like netbooks as well.

According to research firm IDC, the computer market is in for a big loss in 2009 as PC shipments are expected to drop 4.5% for the year. The company reports that shipment sin Q4 2008 dropped 1.9% in what is traditionally a big shopping season.

Research firm IDC has reported its numbers for the computer industry worldwide for Q4 2008. With the global economy down, the results of the numbers will not be a surprise to many consumers. Along with the numbers, the company also lists the top Pc makers globally and in America. 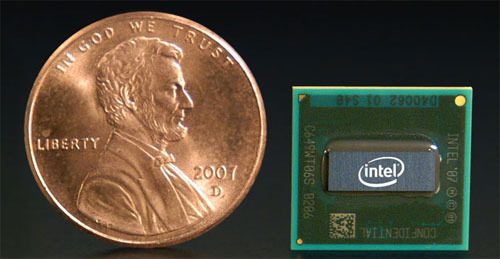 Unless you live under a rock you know that the economy in the U.S. and abroad is taking a beating right now. Despite the slow economy PC sales and shipments have continued to grow. Some research firms attribute the continued growth in part to the shipment of netbook computers.