Posted in Voice Recorders by Darrin Olson on February 26th, 2008 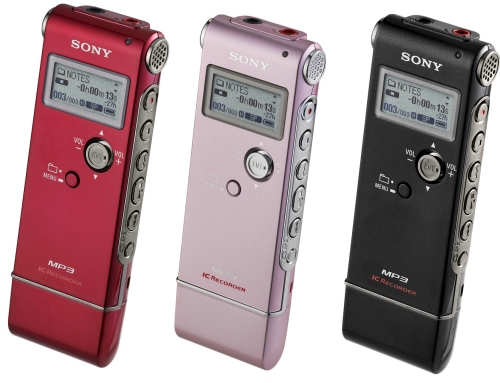 Sony has officially launched a new line of multi-purpose voice recorders that we had heard about last month, of which Sony is bragging up with words like “Hybrid” and “Swiss Army knife of digital recorders”. While we think these descriptions might be a slight stretch, we also can’t deny they that the new UX series of recorders have some impressive features (for a voice recorder).

The ICD-UX70 and ICD-UX80 records will pick up voice like many others, but will also record direct into an MP3 format, not unlike many media players launching these days. It allows you to record music in stereo and transfer the MP3s to a PC or Mac to edit up or just listen to later on. Owners can also listen to downloaded MP3s on the player through headphones and view the artist and album info with the built-in ID3 tagging. 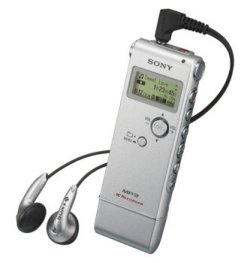 Sony has just announced the arrival of the ICDUX70 and ICDUX80 voice recorders that double as digital audio players (DAPS). They feature 1GB and 2GB internal storage space and play back for MP3 files and also record in MP3 stereo format, can capture 290 and 581 hours of audio in LP mode and are powered via a USB port.

The design isn’t too secretarial looking as such devices have been known to be in the past, which is a big plus. The USB connection also enables direct battery charge. The ICDUX70 comes in black and pink, while the ICDUX80 can be had in black and silver.