Posted in Concepts by Conner Flynn on March 27th, 2011 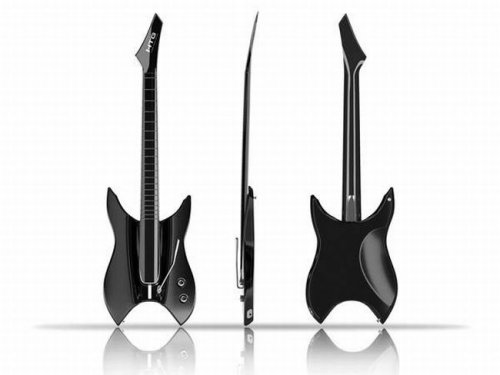 The Wireless Hyper Touch Guitar was delivered to our time by some roadie aliens from a distant future, in order to rock our world….Actually it’s just a concept, but a damn sexy one, from Max Battaglia. It has a sleek and sexy exterior, but the awesome part is its wireless/stringless neck and fretboard.

It doesn’t use steel strings, instead it has a multi touch screen that has a bunch of modular features. So the player can adjust the guitar according to his/her own wants/needs. We hope this one becomes a reality very soon.