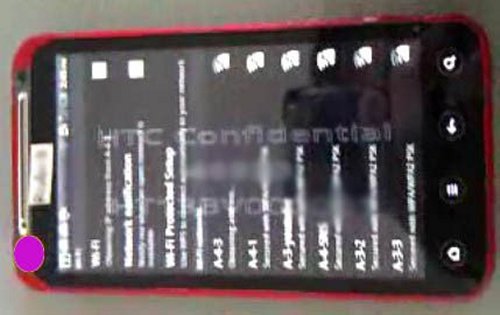 A new HTC phone has now been spotted. We don’t have many details, but it is rumored to go by the name of the HTC Rider. It looks like the HTC EVO 3D, but with a chrome speaker grill and a front facing camera on the right. That’s all we have.

It’s hard to figure out more since the image is so blurry. For instance, is that red trim part of the phone or just a protective case? We don’t know. A red HTC phone sounds good though.