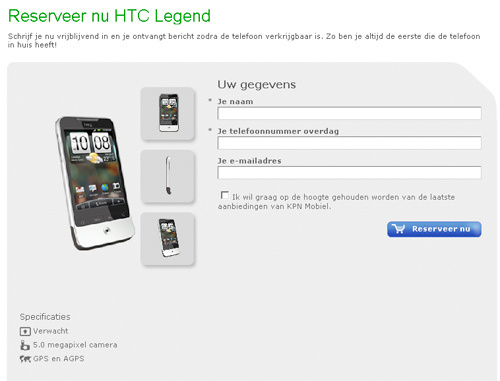 The HTC Legend should make an appearance at Mobile World Congress (MWC) next week. In the meantime Dutch carrier KPN has already listed it on its website, where it is available for purchase starting next month.

Looks like the Legend is running a 600Mhz processor and features an optical trackpad, a 3.2″ AMOLED capacitive touchscreen display, 5.0-megapixel camera with LED flash, Wi-Fi and Bluetooth, GPS support and Android 2.1 running beneath the HTC Sense Android skin.