Posted in Automotive by Conner Flynn on July 29th, 2008 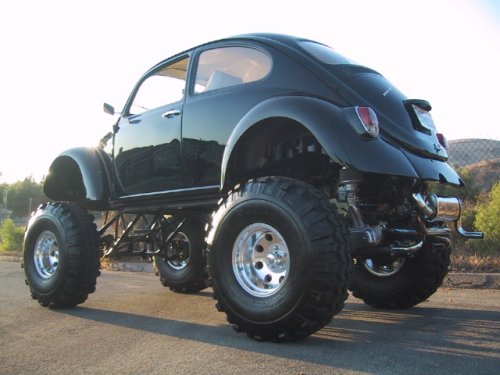 My first question is how do you get in this thing without a step ladder? My second question is why. As to why, well, this is what happens when an aircraft engineer has a 1968 VW Beetle a lot of time.

Sure, you’ve got your Bigfoots and your Hummers, but there’s just something about seeing a VW Beetle this high off the ground that pleases us. It’s got a new 2.8 Liter engine, which should give it a nice power to weight ratio. It will turn heads so fast you’ll hear the collective cracking of neck bones. 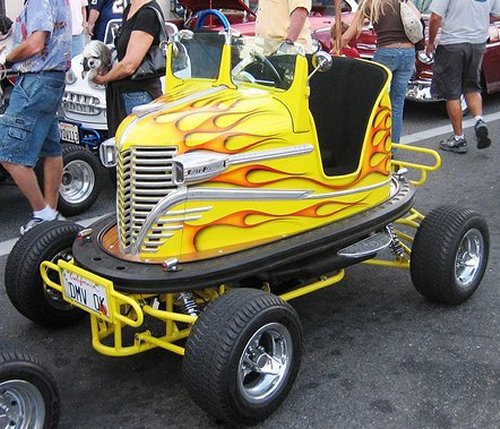 Remember having fun at the amusement park when you were a kid and riding around in the bumper cars? Apparently, it’s a whole big thing to modify bumper cars so they’re street legal. Awesome idea, but would I be able to fight the urge to bump and shove others? Probably not.

They use a Kawasaki 750cc motorcycle engine for power, which allows them to reach sidestreet speeds. For some ungodly and unexplainable reason, they cost $50,000 to modify them so they’re street legal! That is bizarre. How is that possible when there is so little car involved?