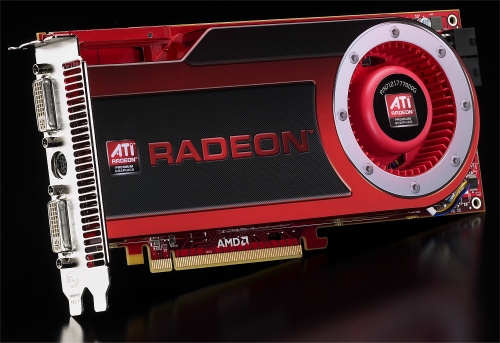 NVIDIA and AMD/ATI routinely fight it out in the video card market for dominance and the gamers dollar. Recently NVIDIA has been producing the better performing video cards, but AMD is back with a new family of GPUs selling at low prices that it hopes will grab some of NVIDIA’s market.

AMD announced officially today its Radeon HD 4800 series video cards with 800 processing cores. The HD 4850 carries a retail price of $199 and has a stock GPU speed of 625 MHz. Memory for the card is 512MB of GDDR3. AMD says that the GPU in the card can deliver a teraflop of computing power.