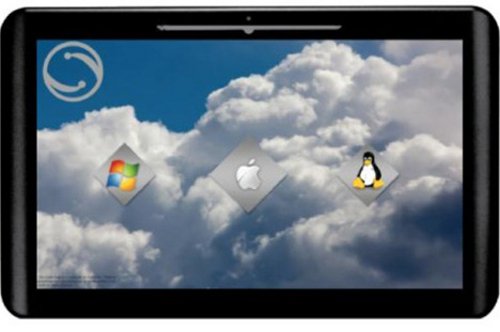 Apple might not be offering an OS X tablet, but Axon Logic is now taking pre-orders for its Haptic tablet, which is apparently suitable for hackintosh Mac OS X installations. The company does officially warn against installing OS X, due to licensing restrictions, but the tablet is said to be specifically designed for compatibility with any Darwin-based operating system, like Apple’s Snow Leopard and earlier versions of OS X.

It’ll cost you $750, and you’ll need to purchase your own operating system like Windows or OS X, and the company also offers accessories like a CDMA 3G card, USB Bluetooth dongle, Bluetooth GPS receiver and some others. 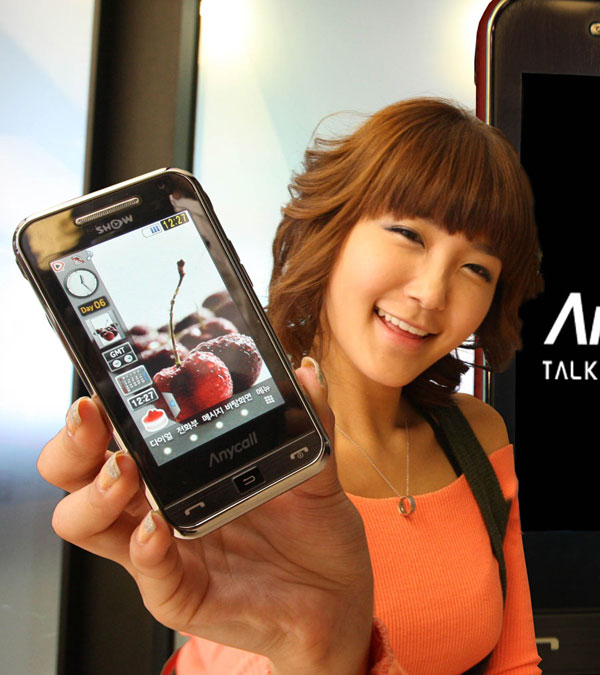 The Samsung Haptic 2 mobile phone is currently available in 4GB and 16GB flavors. The mobile phone features a 3.2-Inch LCD touch screen, DMB, e-dictionary, Bluetooth, and 5MP camera. The handset also comes with a new User Interface that lets users create their own vibration mode to be used for either good or evil, and create various personal screen designs with 50 icons. The Samsung Haptic 2 is priced between €480 and €550.

END_OF_DOCUMENT_TOKEN_TO_BE_REPLACED
Permalink | Comments (2) |
Posted in Robots by Conner Flynn on May 23rd, 2008 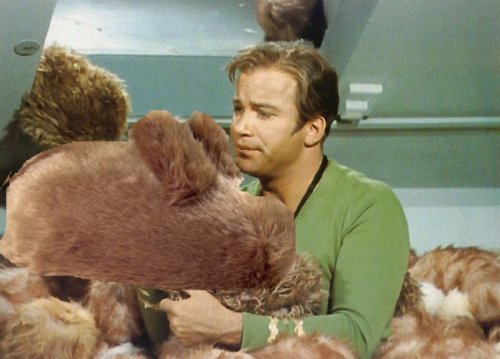 In his attempt to build a better tribble thing, roboticist Steve Yohanan has come up with a Haptic creature that looks like a tribble with bunny ears attached. One that raises the creep factor, by having no facial features. This robot uses touch feedback as it’s only way to communicate.

It’s full of pressure sensors and the need to lull you into a false sense of safety with lots of fur and no face. It will be able to sense how you touch it or stroke it, and it will respond with breathing motions, ear wiggles or purring. What we have here is a fancy fur slipper that’s been sewn up after installing some gear. I just wish I worked for the company, because I’d find a huge bin full of these things and recreate the classic trek image above. 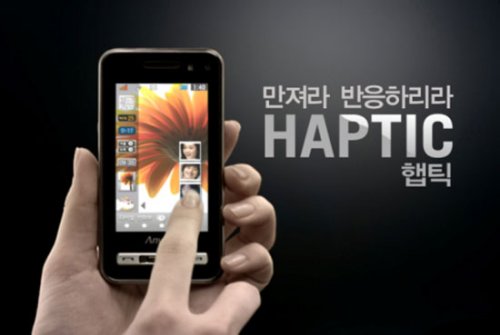 Samsung is jumping in the market joining the ranks of LG, Apple and others who have put out mobile phones featuring a touchscreen interface with the new AnyCall Haptic SCH-W420 mobile phone. Touchscreens have been all the rage for the past year or so, and already there are enough that companies have to come out with some unique features to help one stand out from the other.

To the AnyCall Haptic, Samsung has added some vibrating tactile feedback to the touchscreen. In fact, they’ve added 22 different types of feedback to your fingers from the screen, depending on what you’re doing with the phone such as dialing a number, moving objects around or spinning a dial. Whether or not your fingers are able to distinguish between 22 different type of vibrations is another story, but at least some feedback helps quite a bit if you’ve every tried to quickly dial a number on a flat touchscreen.