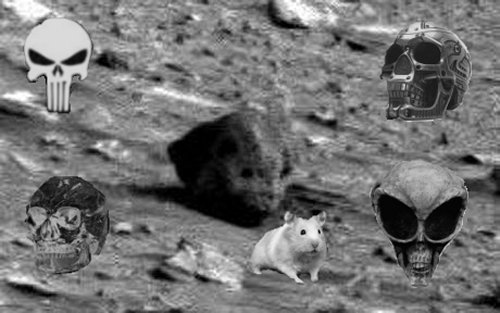 NASA beamed back home some satellite images from mars. One of those images features an oddly shaped space boulder which appears to have eye sockets and a nose. So people are saying it’s a Martial skull. Further speculation shows that the skull is 15 cms with binocular eyes 5 cm apart. Also, the cranial capacity is estimated to be at 1400 cc.

There also appears to be a narrow pointed small mouth leading one to believe that this creature could be carnivorous also. We did some investigation of our own. Our findings are below.