Posted in Nintendo DSi by Conner Flynn on April 6th, 2009 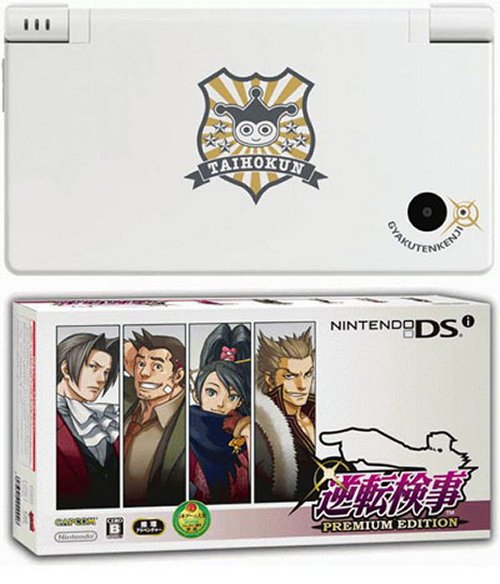 Fans of Ace Attorney will be happy to know that Capcom is releasing a new game based on the famous series at the end of this month. Capcom is all set to release a limited edition DSi branded with Taihokun, the Police Mascot designed by Gumshoe (a Character in the game) and a special package including the new opus of the Ace Attorney series.

It may not be as cool as the GTA: Chinatown Wars Ds Lite, but it’s cooler than the Kingdom Hearts DSi. It’s nice to see so much variety in Nintendo’s handheld lately.