Posted in Notebooks by Conner Flynn on July 15th, 2011 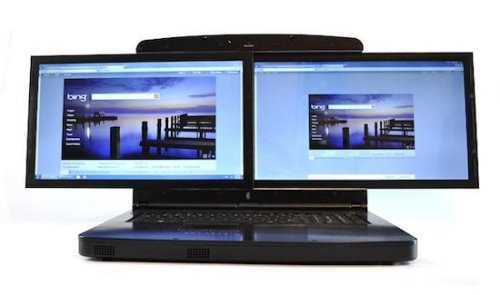 Has it really been two years since we last saw the Spacebook that gScreen intended to offer? Sure has. Looks like it is finally available for pre-order and the specs have been upgraded too. You might remember that it features two full 17.3-inch monitors that with 1920 x 1080 resolutions. 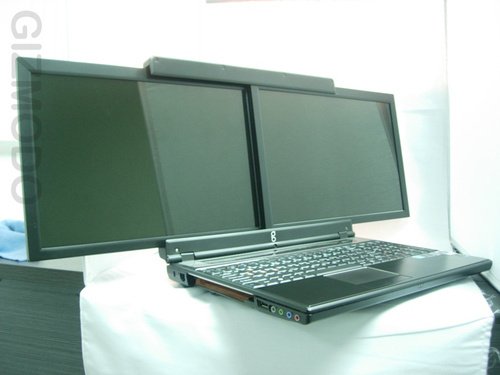 Check out the photo above. It’s one of the first photos of an actual gScreen‘s dual 15.4-inch screen Spacebook. The company is targeting these dual screen laptops at professional designers, filmmakers, photographers and anyone else who thinks they need an extra screen.

The first units that come to market will feature 16-inch or 17-inch screens. The second identically sized screen slides out from behind the first and just like that you’ve doubled your fun. They are hoping that the first Spacebooks will be sold through Amazon.com by December. 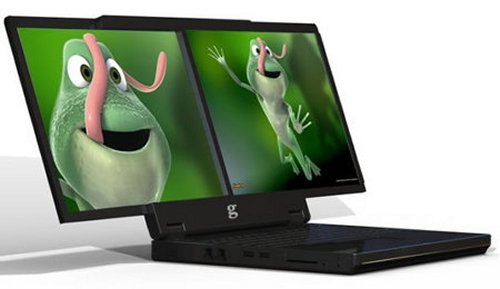 The U.S. Navy apparently desires a laptop capable of displaying 2 animated frogs at once. On two separate displays. Well, they got it in this multi-screen, rugged, battle-ready laptop. The gScreen TITAN M-1 dual screen workstation, which is the most rugged version of the G400, built specifically to specs requested by the NAVY.