Posted in Cases by Conner Flynn on March 4th, 2009 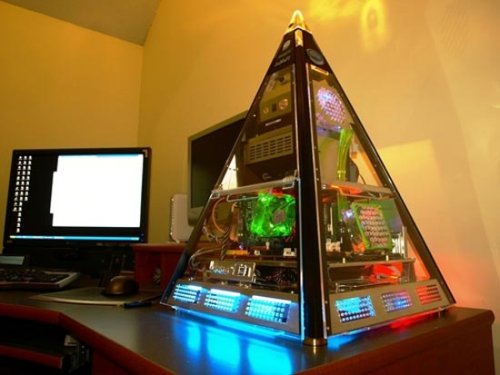 Or is it? No one knows for sure. But is man capable of such a feat? How could man have built such a thing using only primitive tools? It may forever remain a mystery. One theory is that the Great Pyramid PC Mod was made by modder polo360x from the Techpowerup forums.