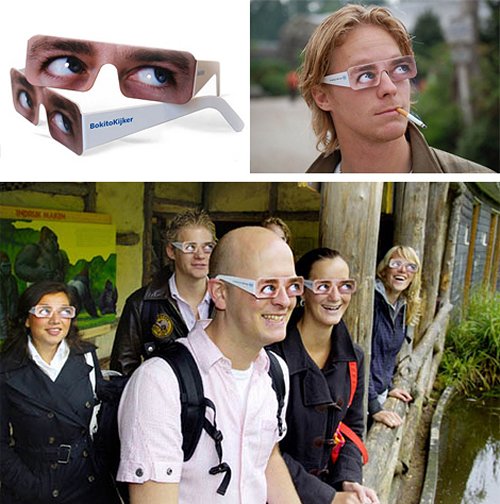 It all started on May 18th when a gorilla named Bokito escaped from the Rotterdam Zoo. It was during his daring escape that the animal attacked a female visitor, because he didn’t much care for the way her shifty eyes looked at him. Humans in charge decided that the woman’s direct eye contact led to the attack, since gorillas aren’t down with that.

That’s when health insurance company FBTO stepped in and offered a solution that makes everyone look like a dork. They distributed over 2,000 nerd glasses. Now instead of gorilla attacks, everyone kicks everyone elses ass and wedgies are a dime a dozen. You’ll note that in the upper right Luke Skywalker is chillin’ with a smoke, while below, Moby looks pretty much unchanged.