Posted in Games by Conner Flynn on March 7th, 2011 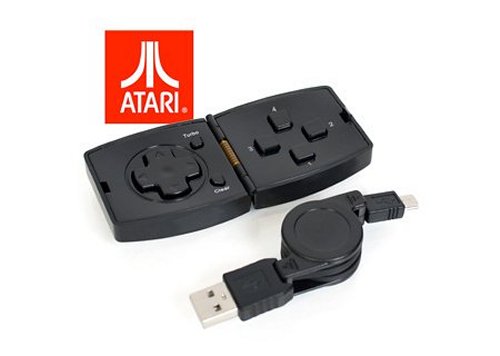 Every now and then I want to play some Atari games, but I don’t want to dig up my old console and hook everything up. So this is a great way to get in a quick game of Asteroids. GoPad has released the Atari Asteroids gaming controller which comes preloaded with Asteroids and works with PCs and Macs.

Just plug in the device and fire up the game and go pew pew pew. The mini-controller has a d-pad and four buttons to shoot. Not sure why such a simple game needs four buttons though. You just need one to shoot. The GoPad Atari Asteroids game is just $24.