Posted in Mobile Accessories by Nino Marchetti on August 25th, 2008 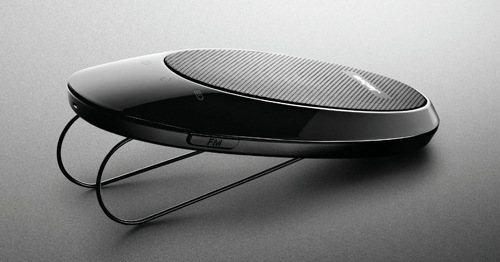 GN Netcom, through its Jabra headset brand, announced today a new speakerphone for in-car use. It is called the Jabra SP700 and it prices around $100.

The Jabra SP700 transmits cell phone calls to a car’s FM radio for hands-free communications. One clips the speakerphone to a visor, connects it to the phone via Bluetooth and tunes FM radio to the frequency set on the speakerphone. On cars with RDS enabled stereos the caller’s phone number will be displayed and this device also hosts an audio feature that lets users know when the speakerphone status changes, announcing instructions such as ‘power off’, ‘the incoming caller’s number’ and ‘connected’ in a choice of ten languages. It is available now. 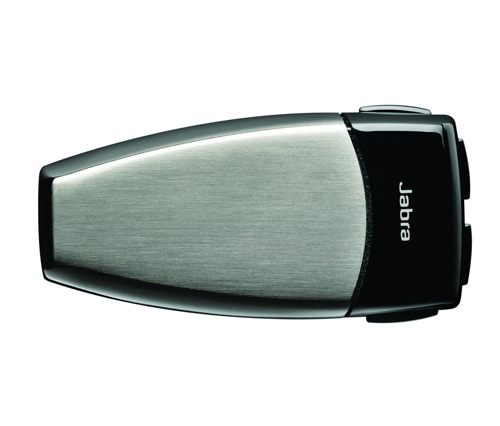 GN Netcom, best known for its Jabra headset brand, is now making available a new titanium headset – said to be the first of its kind. The Jabra JX20 Pura prices around $150.

The Jabra JX20 Pura is a Bluetooth-enabled wireless headset made of brushed anodized titanium and offset by a black trim. It weighs less than half-an-ounce and was designed by a Danish designer. It makes use of digital sound processing and intelligent volume control to offer what is described as better sound.