Posted in MacBook by Conner Flynn on October 14th, 2008 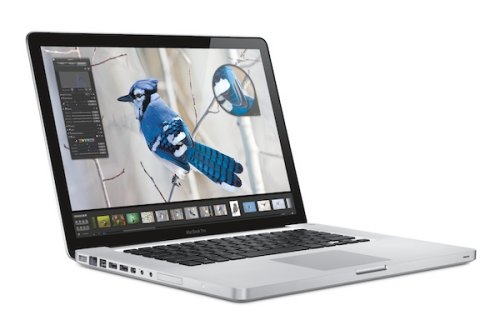 A refresh of Apple’s MacBook Pro, it certainly has good looks. What’s interesting is the multi-touch glass trackpad, which gets rid of a single mouse button and adds some new tricks, like app switching for instance. It’s also slimmed down quite a bit to just 0.95-inches thick, while being just a tad heavier then it’s predecessor at 5.5 pounds.

Under the hood is the fancy “brick” aluminum that helps Apple keep it thin and strong. It also makes room for all the stuff inside, like NVIDIA’s new 9400M GPU + chipset for integrated graphics, plus a 9600M GT switchable discreet graphics chip. You’ll also get an SSD option, with the drive accessible under the battery. The 15.4-inch base model has a retail price of $1999, with a 2.4GHz Core 2 Duo processor, 2GB of DDR3 RAM and both GPUs. For $2499 and you get a faster CPU, 4GB of RAM and a 320GB HDD. The 17-inch MacBook Pro model has a similar configuration, without the redesign.