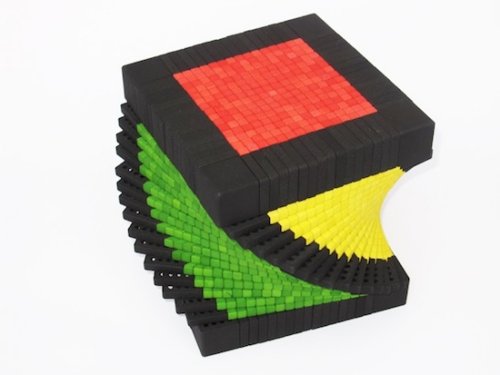 Deventer has successfully used a 3D printer to bring his puzzle to life. It has over 1539 individual pieces and took over 15 hours in total to create. He will be presenting his world record shattering Rubik’s Cube next month in New York City. I wonder how long it will take the most skilled people to solve it. 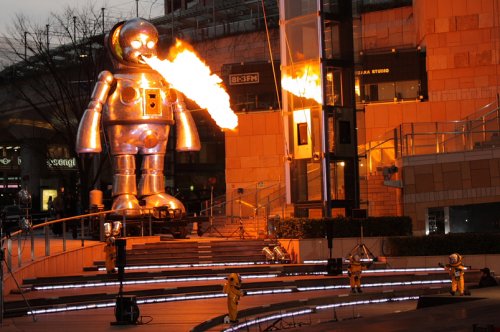 Silly Japan. You are just inviting the wrath of future robot-things with your antics… Perhaps you like having all of your buildings come down around you. Maybe you don’t mind being flame-broiled by robot breath. All I can say is, you brought it on yourself. Having said that, we do really think this freakish robot baby thing in the streets of Roppongi is pretty frakkin awesome.

“Giant Torayan” is a seven meter tall fire-breathing baby-faced harbinger of death. It’s also the work of artist Kenji Yanobe, who clearly has issues that should never ever be explored by any therapist. Ever. It’s a win/win. We get to see all this cool stuff from Japan, they pay the price later at the hands of a vengeful bot or five-hundred.