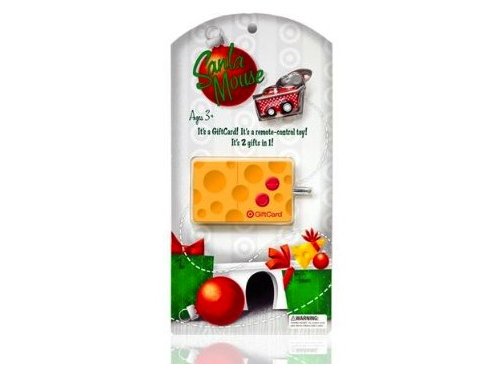 Target has something new up its sleeve this holiday season. A Remote Control Gift Card which looks like a slab of Swiss cheese. The remote controls a tiny red car with a mouse inside. You can do the usual RC car thing, moving it forward and back.

The Target Remote Control Gift Cards will start at $25 all the way up to $1,000. That’s one expensive piece of cheese with a mouse car. Still, it’s a nifty idea. I wonder how they will upgrade the gift card next. 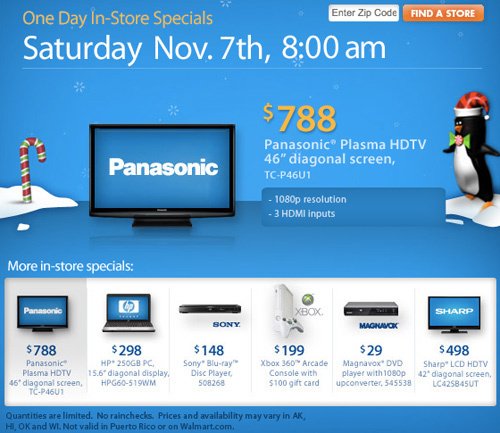 Rumors have been swirling for the past couple of days, and it looks like the rumors were real. This weekend, Walmart is kicking off their pre-Black Friday deals, including a $199 Xbox 360 Arcade that comes with a free $100 gift card. That basically drops the price to $100.

And that isn’t the only good deal they have either. The sale starts at 8 a.m. Nov. 7 and lasts through Nov. 13. Probably these deals will be finished on the first day. I know where I’ll be

Target sure knows how to market themselves. Warner Brothers does too. The proof is in these awesome gift cards. Target’s Wii cards looked really cool, sure. But these Speed Racer themed cards feature a USB flash drive which makes them useful too. They include an integrated inch-long USB cable that’s flush in the card and is released via a mechanical switch on the bottom edge. The cards only hold about 62.8 MB, but the upside is that 51.6 MB of that is packed with awesome Speed Racer promotional materials. Stuff like a PDF coloring book featuring the Mach 5 and other vehicles, coupons for Speed Racer toys, wallpaper, videos and even a cheat code for the Wii Speed Racer game.

The cards are obviously a team-up between Target and Warner Brothers, to promote the new Speed Racer movie. It’s a pretty smart idea. I’m not sure if you are required to actually put any money on them or not.