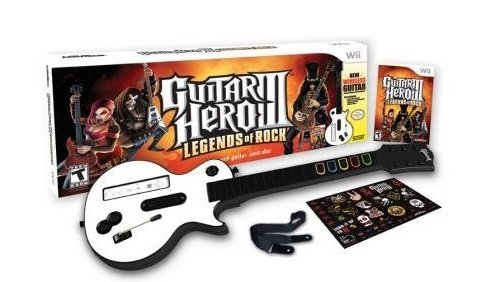 You might have heard about the bizarre Guitar Hero lawsuit from Gibson against Activision. They’re claiming that Guitar Hero titles violate one of their patents. Now they have suddenly seemingly gone ballistic, suing everyone in site. Wal-Mart, Target, GameStop, Amazon, Toys ‘R’ Us and Kmart.

They want the game off the shelves. I guess they don’t like making money. Gibson says that it took “this action reluctantly, but is required to protect its intellectual property.” Retailers will only say “we aren’t commenting,”. 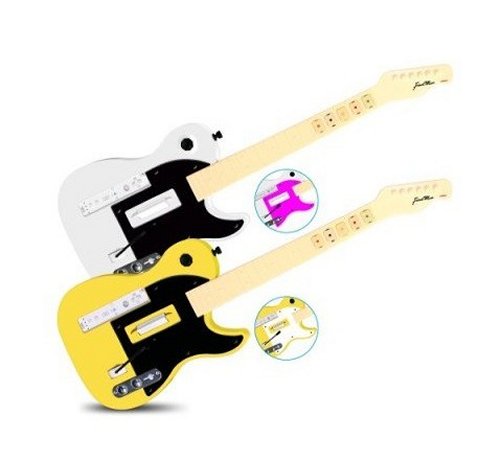 Nyko is shipping the first third-party Wii Guitar Hero controller. Nerds and wannabe rockers everywhere can celebrate. Turns out it’s in the shape of a Telecaster. Just like the official guitar/controller, the Wiimote slips inside of it.

It will cost you about $50, which is about $10 cheaper than the Activision Les Paul. The white version includes black and pink pickguards, the blonde edition comes with black and white. 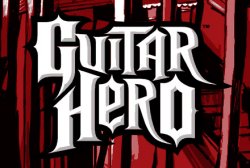 Gibson Guitar Corp. is accusing Activision of violating one of their patents with the popular Guitar Hero series of video games. The patent in question is owned by Gibson since 1999 and involves a system that would let a musician “virtually” participate in a pre-recorded concert while wearing a head-mounted 3D display with speakers. The music played on the instrument would then be recorded on a separate track and available for playback with the rest of the tracks to simulate playing in a concert.

Activision’s Guitar Hero does have a similar premise, however it’s played on a “pretend” plastic guitar and is a game where the player tries to mimic notes in concert represented on the monitor by graphical musicians in a concert. Activision is disputing the claim that they infringe upon Gibson’s patent and is asking the federal court to provide an official ruling.