Posted in Microsoft by Conner Flynn on August 21st, 2008 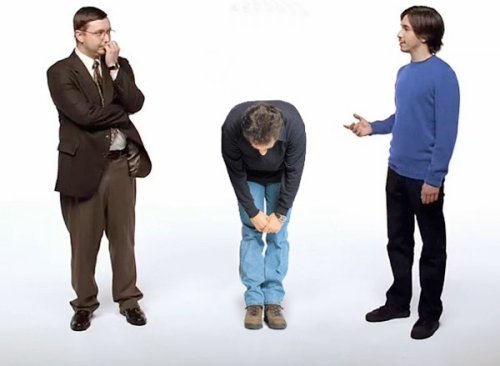 Whether you’re a Mac fan or not, I think we all get a chuckle out of the “Get a Mac” ads. And they must have converted many PC users. Now Microsoft is looking to give as good as they get, recruiting Jerry Seinfeld and of course Bill Gates to show you how magical Vista is. It’s a $300 million campaign that has $10 million set aside for “key celebrity pitchmen”.

The ads apparently focus on “Windows, Not Walls,” talking about the need to “break down barriers that prevent people and ideas from connecting.” It will no doubt involve the Mojave Experiment too, which is Microsofts version of candid camera, where Microsoft made unsuspecting users(Prejudiced against Vista) test a new product that was in fact Vista. They’ve got Seinfeld, why not get Kramer and George in on it too?