Posted in Batteries by Conner Flynn on November 8th, 2009 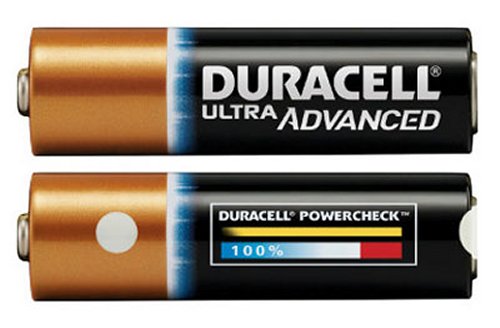 Duracell recently introduced its new Ultra Advanced battery that lets consumers know exactly how much power is available in each battery, eliminating the need to guess. The battery comes with Powercheck, which is a gauge on the battery that can be activated by pressing two white dots on the cell.

The Ultra Advanced with Powercheck will make their debut at Costco and some other major retailers in December. There’s a small additional cost compared to regular CopperTop batteries though, as you might expect.