Posted in iPhone Accessories by Conner Flynn on November 2nd, 2008 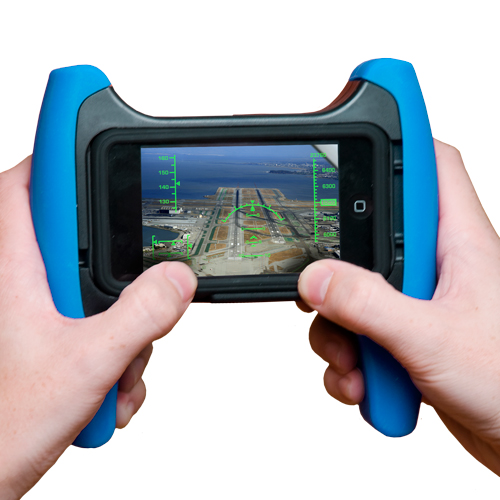 Gaming on the iPhone and iPod touch could be awesome with some kind of thin DS-like overcoat, but the fugly looking thing above doesn’t fit the bill. Two large foam handles only make it look like a reject from a kid’s version of the podracer scene from Star Wars. Yeah, this thing could definitely win in a Special Olympics pod race, but that’s about it.

Your sleek device is lost within. You can almost hear it’s muffled cries for help. This thing doesn’t even sport any buttons, no extra battery life. No functionality period. All for $50. It’s as if your precious iPhone were some drooling abomination that earned itself a “special” helmet for rides on the short bus.