Posted in Samsung by Conner Flynn on August 3rd, 2010 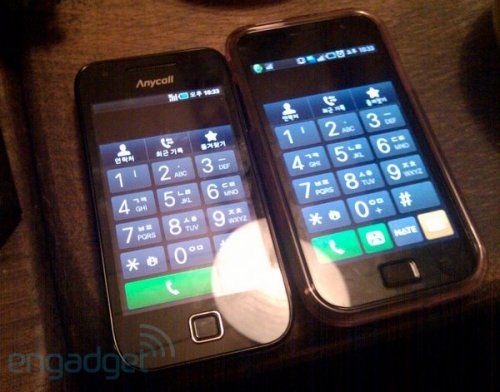 What do we have here? Pictures of the Galaxy U have surfaced of the device spooning the Samsung Galaxy S. SK Telecom already offers a version of the Galaxy S, but now its competitors LG U+ and KT are both working on variants of their own, called Galaxy U and Galaxy K.

The name is similar to the Galaxy S, but not the screen size. Both feature slightly smaller displays, measuring 3.7-inches. These should be arriving between August and September.