Posted in Logitech by Shane McGlaun on August 17th, 2009 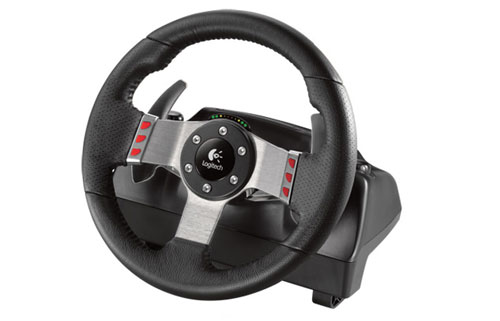 When Logitech unveiled its G25 racing wheel, I was one of the first in line to get the thing. I love my G25 and I still use it frequently on my PS3 for playing racing and driving games. Today Logitech has announced a new high-end racing wheel to replace the G25.

The new Logitech G27 looks a lot like the G25 and offers dual force feedback motors and a mechanism with helical gearing. The wheel also features an RPM/shift indicator LEDs and has 16 programmable buttons and a D-pad.