Posted in Logitech by Shane McGlaun on December 10th, 2008 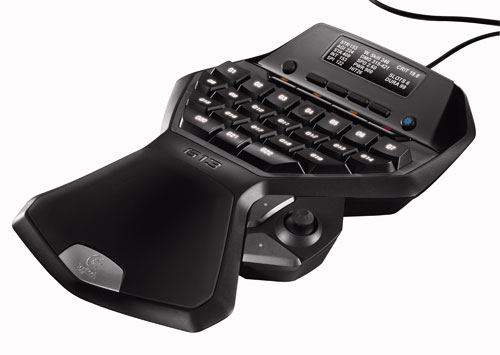 There have been gamepads on the market for a long time now from Saitek and Belkin to name a couple. The idea behind a gamepad is to place fewer keys in an arrangement that makes them easier to reach and removes extra keys not needed when gaming. The reality of a game pad is that you often end up having to use it and the keyboard to play complex games needing many keys.

Logitech has announced its first entry into the gamepad market with the G13. According to Logitech, the gamepad is intended to complement the mouse and keyboard, ideally the Logitech G15 keyboard and G9 mouse. The G13 offers three game modes with 25 programmable keys each and a programmable analog stick.