Posted in Holiday by Conner Flynn on October 30th, 2008 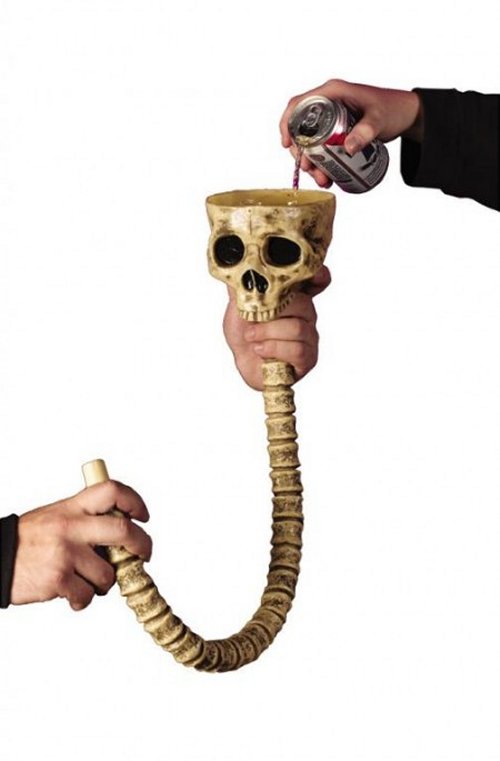 In keeping with the spirit of the season, here’s something to help you get drunk that also doubles as a creepy prop. It’s a Skull Beer Funnel with spinal column attached. If you’re the Predator, just pass on this one and go rip your own from some human. Humans, it’s illegal to do what the Predator does, so don’t do it. Buy this instead.

It’s Halloween, which means that it’s perfectly acceptable to guzzle some brew from human remains for God’s sake. When you get too drunk on the way home, it doubles as a handy vomit-catcher. It’s all cool. It’s how Grim Reapers party.