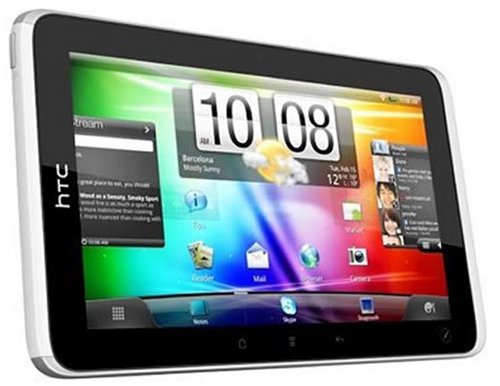 HTC is getting into the tablet arena with its first Android tablet called the HTC flyer. It features a 7-inch display, a powerful 1.5Ghz Snapdragon CPU, 32 GB of storage and support for a whole bunch of audio and video formats.

The tablet is driven by Android with HTC Sense. Some other features include two cameras, one a rear-facing 5MP camera with auto focus and a 1.3MP front camera for video calls. It also comes with a stylus for HTC’s new Scribe application that lets you write.