Posted in Automotive by Conner Flynn on May 21st, 2008 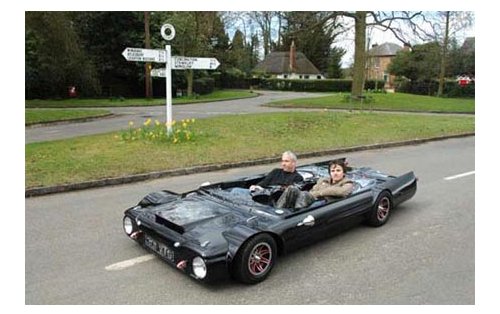 The Batman inspired Flatmobile just might be the flattest vehicle on Gotham’s city streets. It really looks like Batman’s ride got flattened by a steamroller. I suppose it would not look too out of place, with a midget in Batman costume.

It’s 19″ tall and is supposedly the world’s flattest car that isn’t really a go-kart. The Flatmobile is powered by a jet engine with it’s own custom afterburner, that can deliver 90lbs of thrust powering the Flatmobile to speeds in excess of 100mph. In other words, this car can go fast enough to go rocketing UNDER other cars.