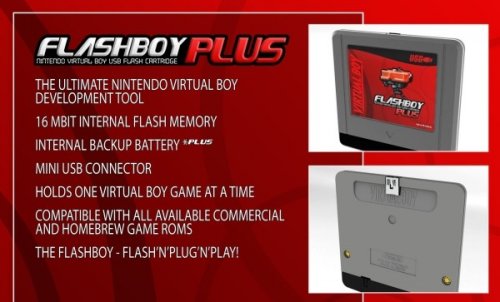 The homebrew community is giving some love to Nintendo’s Virtual Boy. The Flashboy Plus is the second of two flash carts for Nintendo’s original stereoscopic system, featuring a new backup battery and 16Mbits of memory. That’s enough to fit any one of the system’s 22 commercially released games.

The battery only keeps one save stored at a time and there’s no way to read the battery-backed memory, so you’ll still have to finish one game before you start another, but you won’t lose your progress every time you shut down.