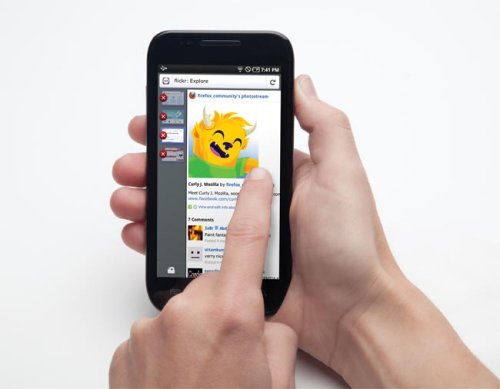 Mozilla has announced they have released Firefox 4 for Android. It’s also available to download for Maemo devices. Mozilla says that Firefox 4 is up to three times faster than the stock browser in Android, so that is definitely good news.

There are also major enhancements to the JavaScript engine, which is designed to make sites load faster. The mobile version is built using the same technology as the desktop version, and offers tabs, one touch bookmarking, and a whole bunch of browser controls. Sounds awesome. We can’t wait to try it. 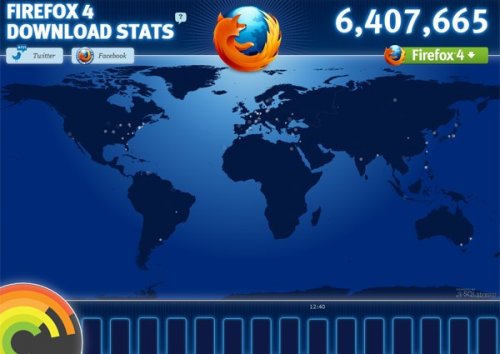 Firefox 3 achieved an amazing eight million downloads in a day when it launched. Did Firefox 4 beat that? Well, not really, but it passed the five million number within the first 24 hours. Not bad at all, but not outdoing it’s predecessor.

Even though it didn’t break the record, according to StatCounter, the latest Firefox already has a 1.95 percent share of the browser market, which is double what IE9 has so far. Go Firefox. It’s proof that you don’t have to break records to make some headway. 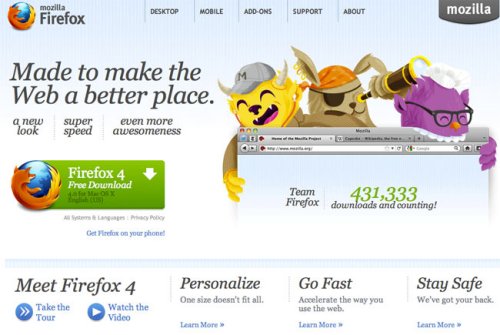 Great news for Firefox users. Mozilla has now launched the official version of its FireFox 4 browser and it is available to download now from the Mozilla website. It has already hit 400,000 downloads and continues to climb.

We wonder if it will beat Microsofts IE9′s 2.3 million downloads on its first day. What do you think? We say yes. Some of the new features included in the official Firefox 4 browser include Panorama to organize your sites into groups and App Tabs which allows you to keep your favorite tabs within easy access. sounds like some nice improvements.