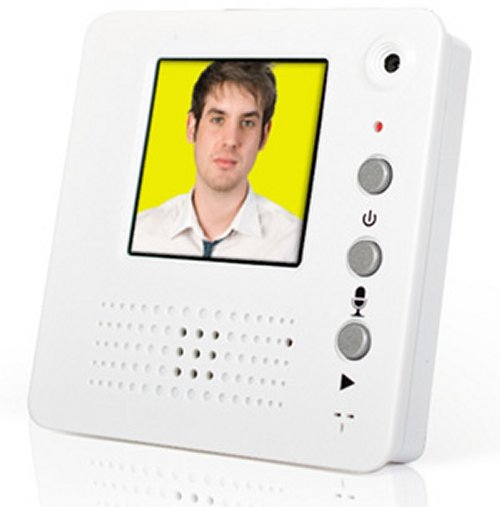 It’s the 21st century. Time to stop using post-it notes and leave messages in a more high-tech way. Now you can leave a note to whoever you like by recording a 30 second video message with the press of a button. Think about it. A note written note on the fridge that simply says, “Keep your hands off my Ice Cream” is fine, but it doesn’t have the same impact as a video note saying the same thing, where your tone of voice and scowl make it very clear that your words are to be heeded.

Once you’ve recorded your message, the LED light will flash to alert passers by that there’s a message. They press play and get yelled at via the 1.5-inch OLED display. 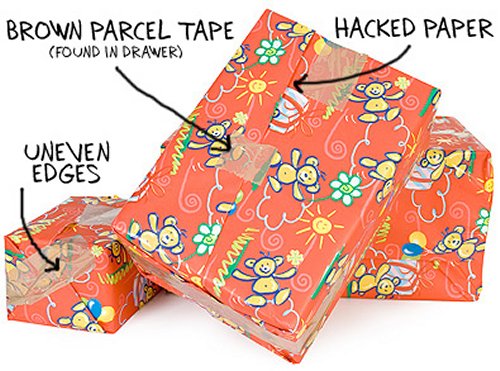 Firebox is known for their oddball gadgets. We’ve covered our share right here on this site. Turns out they’re offering a wrapping paper service along with their gadgets. Crap Wrap features brown parcel tape instead of clear tape, the gift will have uneven edges and paper that was cut very wrong. Just select that type of wrapping paper when you check out and you can send these off to someone special.

The idea is that these gifts won’t look so professionally wrapped. Which will make them think that you actually wrapped it. Because everyone knows you wrap gifts like a grade school kid overdosing on Ritalin, while using the awkward green-handled lefty scissors.